How I Discovered My Passion in Life 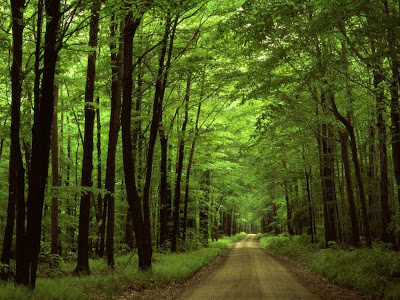 2:43 AM       What ties my life together: MUSIC!       2/10/10
This was followed by five pages of single spaced writing, listing one example after another of that realization, covering events from all periods in my life, going all the way back to before I started grade school.  I finally stopped after listing fifty of these examples from my life.  My understanding of my life had taken a quantum leap forward.
I had discovered the thread that ran through my entire life.  I had discovered my passion in life. 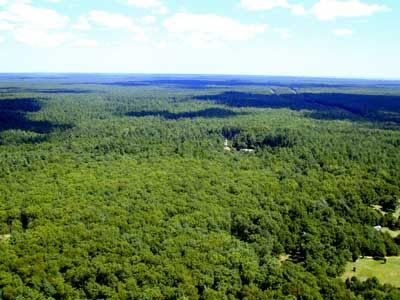 The mourning process had gotten me to open up my attention, to let it reach out in all directions, not just the path ahead.  And finally I came to see what held my life together.  I had always concentrated on the path to my goals.  The beautiful green trees were always there, but they didn't lead anywhere.  It was the path that lead somewhere and so it was the path that needed to be followed.  Or so I thought.
Those trees had always been there.  They were so much always there, that I didn't realize this was anything unusual or special about my life.  They were so much a part of me that I didn't even recognize that they define who I am.  It wasn't until February 10, 2010 that I finally got a look at the forest from above.  And then I realized that it was a forest, not just a path passing through pretty green trees.
Of course the forest is the music, my love for music, my passion for music, that holds together all phases of my life and makes it uniquely MY LIFE.  Realizing this has changed everything.  I have given myself some time to let this sink in, perhaps to make sure that I'm not just delusional.  I'm not.  This is important and real.
As I said at the outset, I wasn't looking for this understanding.  And if the question had been posed to me, "What is your passion in life?" I would have said, "I don't know."  Or maybe I would have said that I was passionate about a lot of things, and I'm not sure that One Single Passion in Life is possible, or worth trying to discover.  Marcia once wrote that I am an "honorable and passionate man."  I liked that, because I knew I could feel passion and express passion at times, and it felt really good to do that.  But how could there be a Single Passion in my life?
But there can be, if you realize that the passion can be as big as a forest going out in all directions and off into the distance.  And there are a lot of paths down there among the trees, but what is most important is the beauty, strength and stability of the forest.  Even though I wasn't looking for it, I'm very glad I found it.  And now I encourage everyone, including you, to take a look around and notice what is always there in your life, that makes you YOU.  And if you're fortunate like me, and you discover your passion, I think you'll find that it brings a lot of order to your past and it orients you in a positive way that you may not have previously experienced.  And if this does happen for you, tell me about it in the comments.  I would be very interested in your experiences.
Posted by Ron Chester at 9:23 PM

Very nice detailed description of your road to your passion. I would like to think we could all travel such a road.

Hi Ron! What a beautiful story and realization. The last part really makes me think about the most important things in my life. I think without a doubt I can narrow it down to my family,and to dance, and of course, To MUSIC! I'm so happy that you have discovered your passion in this magnificent way. I have come to similar conclusions in the past about dance in my life as well as music. I realize that these are the things that I really excel at and that give me a reason to live! They are endeavors that awaken my soul to all that is good, and hopeful in life. I'm so glad I went back through my e-mails to discover this post. I'd somehow missed it before. I love you! Thank you for staying in touch! Talk more soon, Margery